Your 10 Second Summary of the event 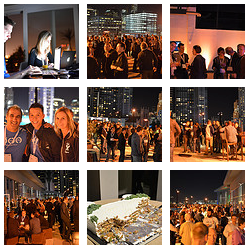 Things about Summit 2013 we talked about

Actual before the Atlassian Summit 2013 we had an interview with Atlassian’s co-founder and CEO Scott Farquhar. In this interview, Scott talks about the Summit 2013 keynote, a possible IPO of Atlassian, the influence of customers on the further development of products like JIRA and Confluence, and the role of Atlassian partners.

The worldwide Atlassian community has come together again. During October 1-3 the Atlassian Summit 2013 takes place in San Francisco. On tap are trainings, state of the union talks, presentations, sessions, panels, and of course a lot of networking. A //SEIBERT/MEDIA delegation is also on site. Before the proper initiation, Atlassian had an Ecosystem Partner day on. Here are some impressions.

The second day of the Atlassian Summit 2013 was completed by the Summit Bash! party. At CityView at Metreon we could soak up San Francisco’s city skyline. Atlassian did spring for piles of food and drinks for all tastes and we had great fun and a lot of networking. Here are some impressions.

Do you want to know more? Contact us now!

We can help you understand what all the buzz really means for your business. We are one of the Top5 official Atlassian partners worldwide. We focus on custom advice for customers like you. Let us help to get a grasp of what to go for and what not. How about a chat? Contact us and we'll be with you.