Who is Meyer Werft?

Meyer Werft GmbH & Co. KG is a German shipbuilding company, known mainly for its large shipyard in Papenburg (in the region of Emsland). MEYER WERFT started operating for the in 1795 in Papenburg an der Ems. For more than 200 years, the experts and specialists in this family-owned company have been continuously building ships of all types. In order to be able to compete internationally with other shipyards, their production technology was continuously upgraded and expanded. Today MEYER WERFT has the most modern facilities in shipbuilding worldwide.

With the introduction of Linchpin, Meyer Werft also switched from Gliffy to draw.io.
Wolf Wolzenburg, the Solution Coordinator and Architect at Meyer Werft, speaks about the transition.

The decisive criterion for switching to draw.io was its ability to import Gliffy diagrams and the legal certainty for commercial use.
Diagrams that had already been created can now be used in draw.io for all kinds of publications without any restrictions.
draw.io is the highest-rated Confluence app by customers on the Atlassian Marketplace since 2013.

Slides from the presentation by Wolf Wolzenburg, 19 May 2016 (Atlassian Enterprise Club). 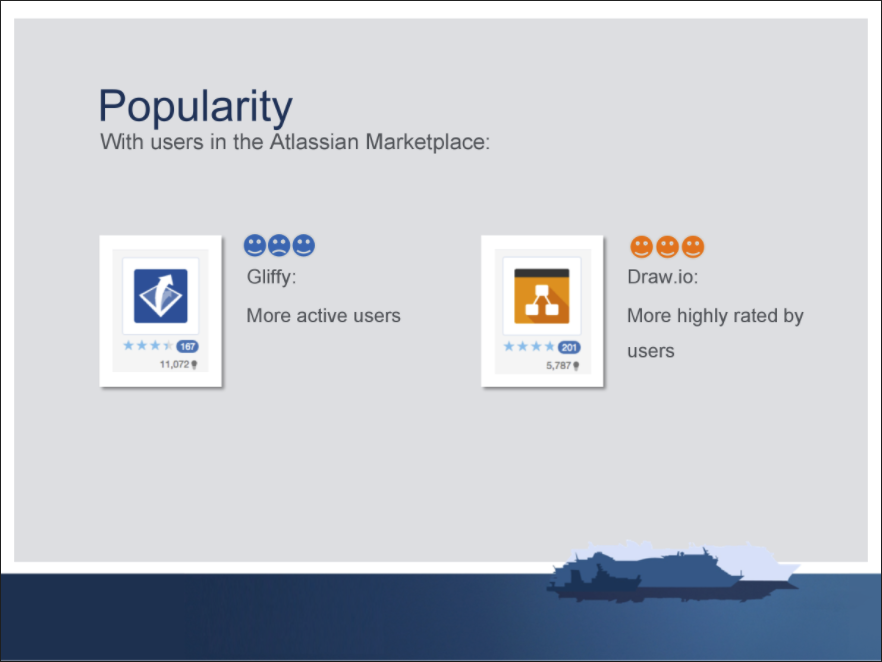 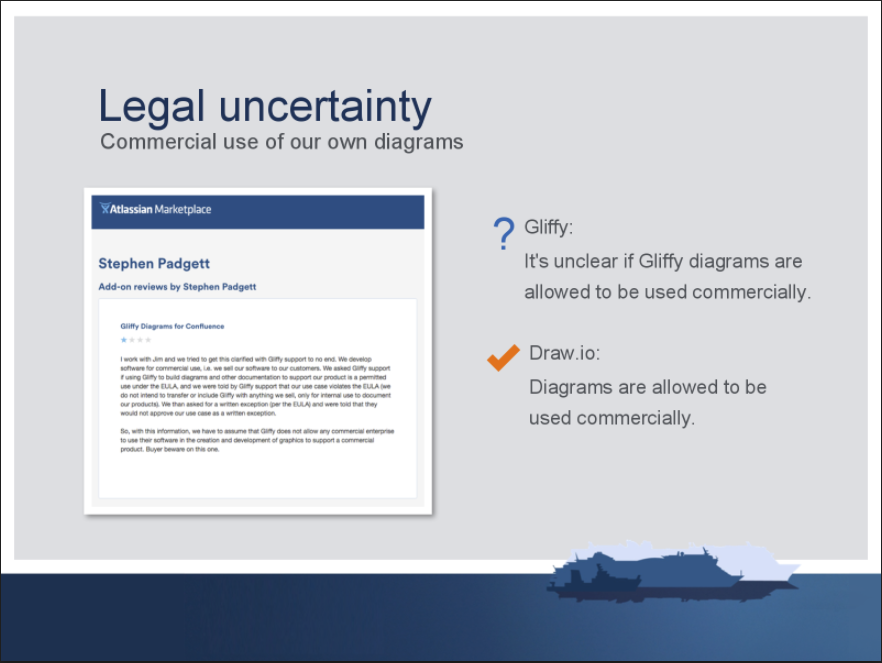 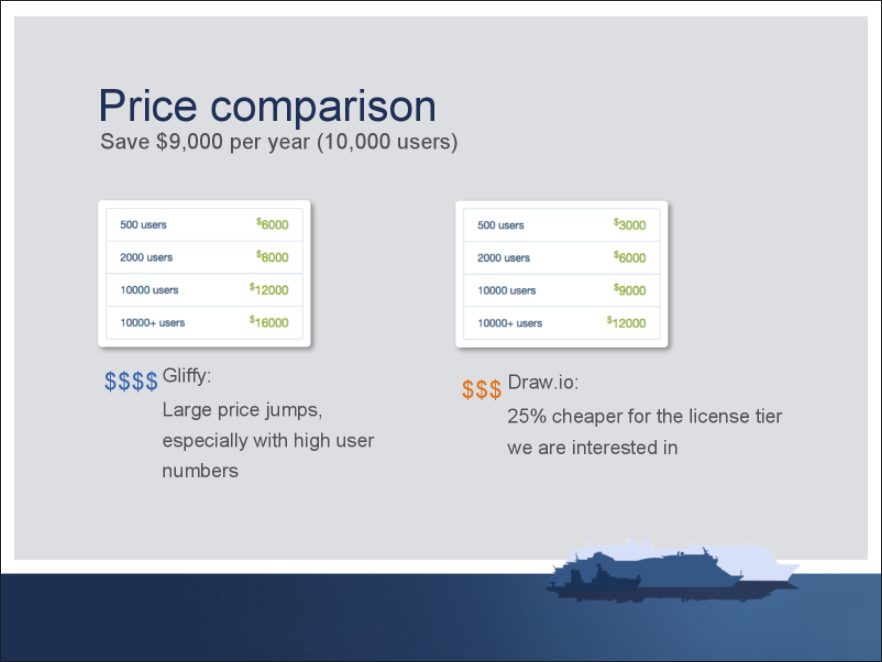 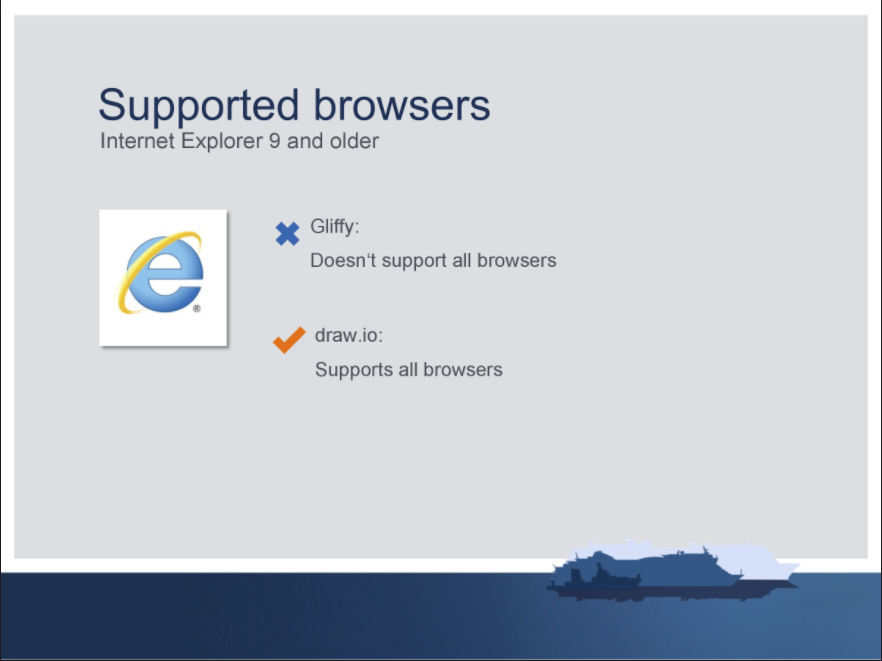 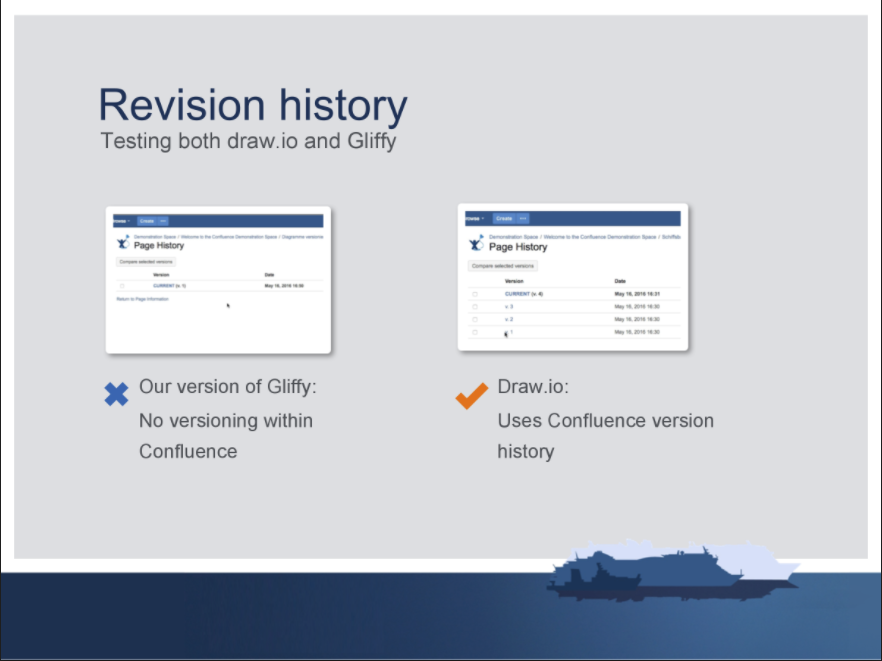 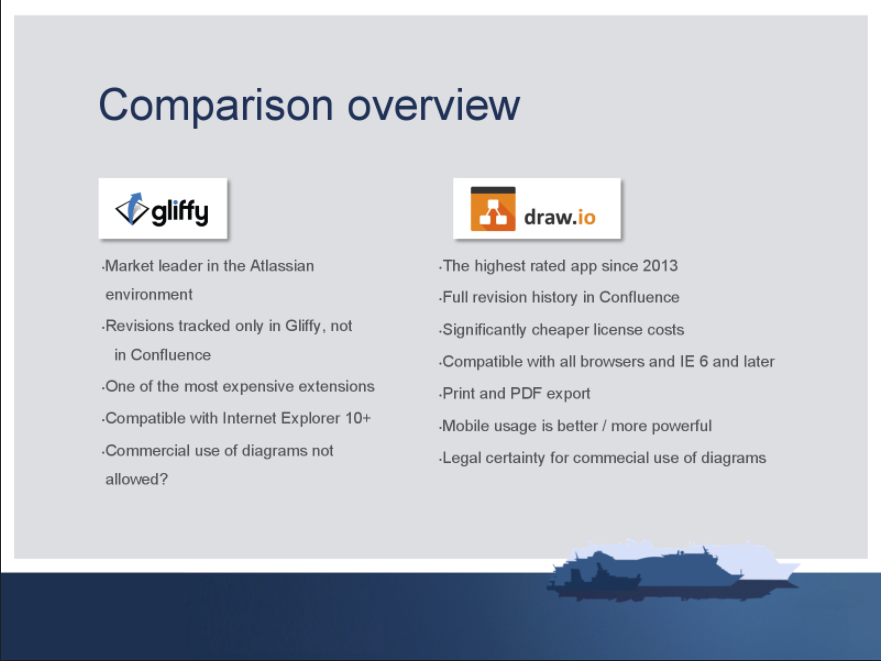 Comparison of draw.io and Gliffy

Switching quickly from Gliffy to draw.io