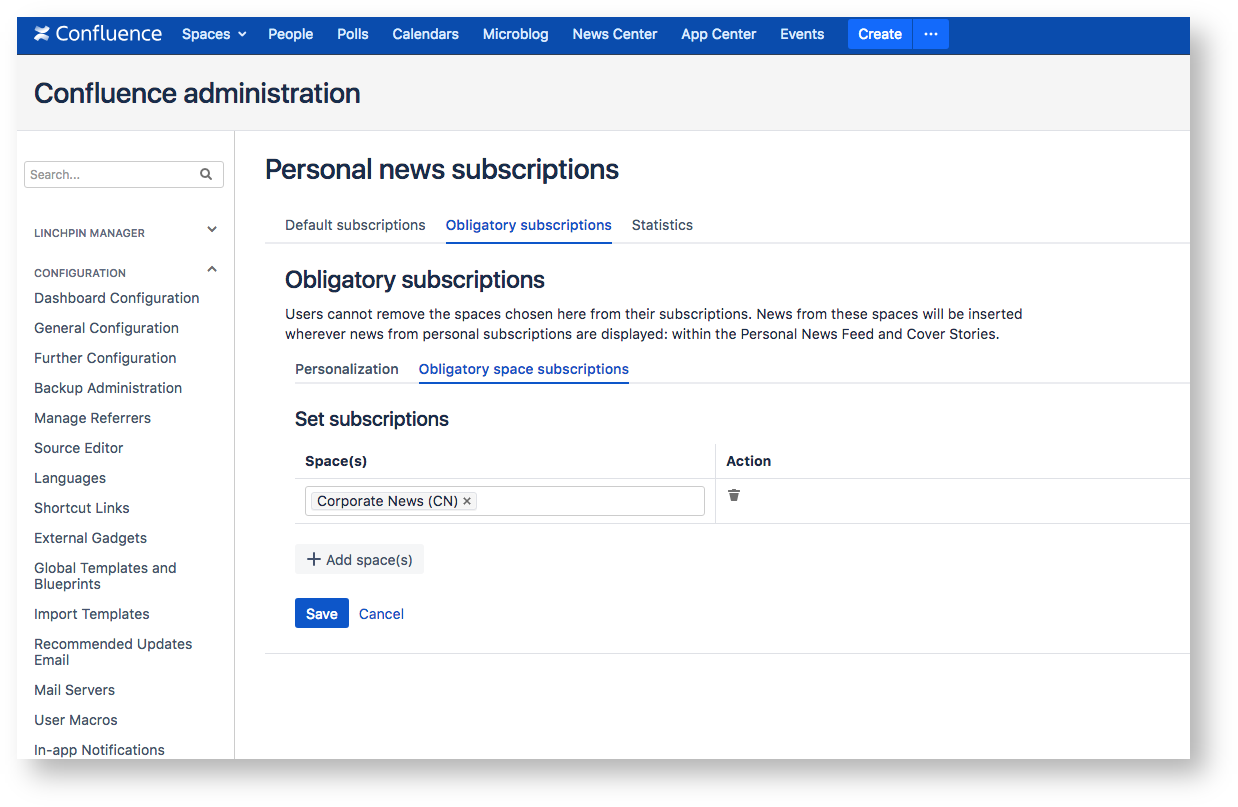 You'll find only one single input field there. Select one or severals spaces you want to everybody's subscriptions, click on save and you're done.